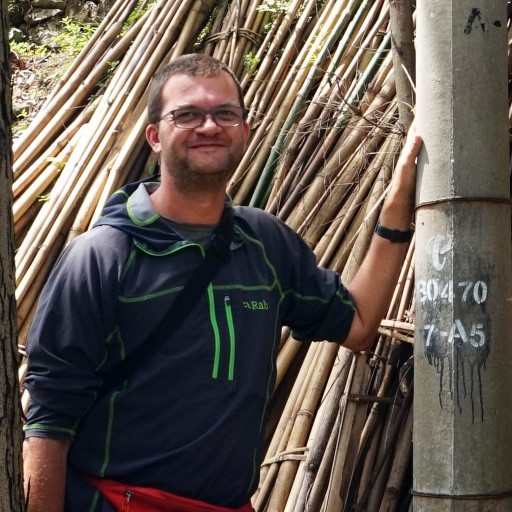 Simon Schneider has a PhD in palaeontology, received from Ludwig-Maximilians-University Munich, Germany, in 2010. A post-doc followed at the Natural History Museum in Vienna, Austria, and the GeoZentrum Nordbayern in Erlangen, Germany. His principal research focuses are the taxonomy and evolution of Mesozoic and Cenozoic Bivalvia, and the palaeoecology of benthic communities.

Simon joined CASP in April 2013 where his research centres on biostratigraphy, taphonomy and palaeoecology, and on the integration of palaeontological data with those from other geoscientific disciplines. He is currently the project leader of the North Atlantic Margins Evolution (NAME) Project and the curator of CASP’s Geological Collections. He has also contributed to the Canadian Arctic Islands and the Continental Carbonate projects.

Simon has fieldwork experience in 15 countries, from the High Arctic to the Tropics, and has published on fossils ranging from Early Jurassic to Pleistocene in age. Simon is a taxonomic editor of Mollusca Base, a taxonomically oriented database, which aims to provide an authoritative, permanently updated account of all molluscan species. He is also an associate editor of Journal of Paleontology and a section editor of PalZ.