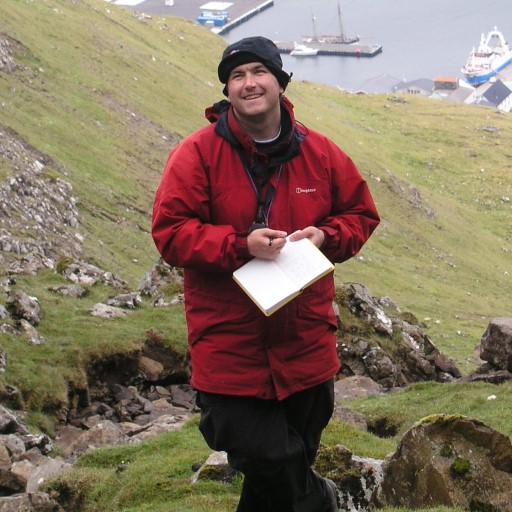 Simon Passey received his BSc (Hons) in Applied Geology from Oxford Brookes University in 1999 and PhD from the University of Glasgow in 2004. His NERC-CASE PhD focused on the volcanic and sedimentary evolution of the Faroe Islands and Faroe-Shetland Basin, supervised by Dr Brian Bell.

Following his PhD Simon spent seven years with the Faroese Earth and Energy Directorate (formerly the Faroese Geological Survey) as a geologist, where his main role was revising the lithostratigraphy of the volcanic succession and examining the potential of intra-volcanic hydrocarbon plays. In January 2008, he was appointed the Head of the Geology Department that also involved overseeing geological investigations on civil engineering projects.

Simon joined CASP in March 2011 as part of the East Greenland Project before becoming the project leader of the Flood Basalt Impact on Hydrocarbon Systems Project in 2012. This has involved primarily using the Ethiopian Flood Basalt Province as an analogue to address uncertainties concerning the interaction between volcanism and sedimentation, reservoir/sealing architectures and properties of intra-volcanic units, migration pathways and the effects of volcanism on sub-volcanic sedimentary systems. He became Geoscience Data Coordinator in 2019.