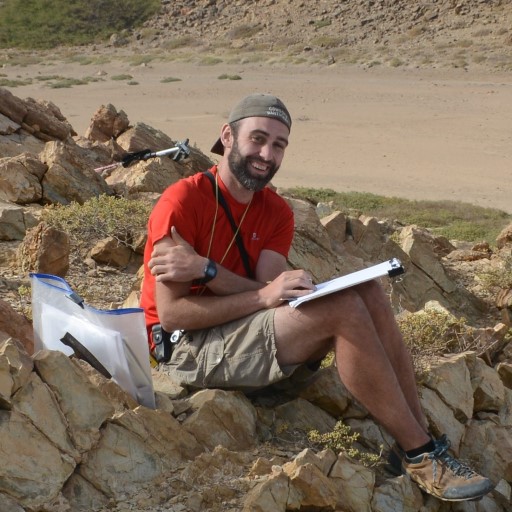 Colm Pierce received his BSc (Hons) an PhD at University College Dublin in 2009 and 2015. His PhD, entitled ‘The Development, Distribution and Evolution of Gravity Flow Processes in the Pennsylvanian Ross Sandstone Formation, Western Ireland’, focussed upon the detailed analysis of newly acquired behind-outcrop research boreholes and their integration with well-exposed outcrops of the submarine fan architecture of the Ross Sandstone Formation at the mouth of the Shannon, Co Clare.

In 2014 he began a three year post-doc at the University of Aberdeen which focussed on developing aeolian reservoir analogues to deeply buried and very tight onshore Rotliegend deposits in northern Germany. This comprised the acquisition of virtual outcrops for a range of aeolian systems (wet-dry) on the Colorado Plateau. The study integrated traditional fieldwork techniques and virtual outcrop models to inform revised depositional models, process-based modelling and finally representative (REV-based)element modelling in Petrel.

Colm joined CASP in August 2017 as a field geologist for the North Atlantic Margins Evolution Project, where he has focussed upon knitting several key field-based studies on the Northwest African and Lusitanian margins together with offshore well studies.